The first half of 2021 represented a peak of the biotech funding cycle, with records for VC investments and IPOs.

But the second half was a different story. The XBI biotech index has steadily underperformed since its peak in February 2021, driven by concerns about drug pricing reform, inflation and rising interest rates, and disappointing clinical data readouts. Poor public market performance has rippled through to the IPO market. 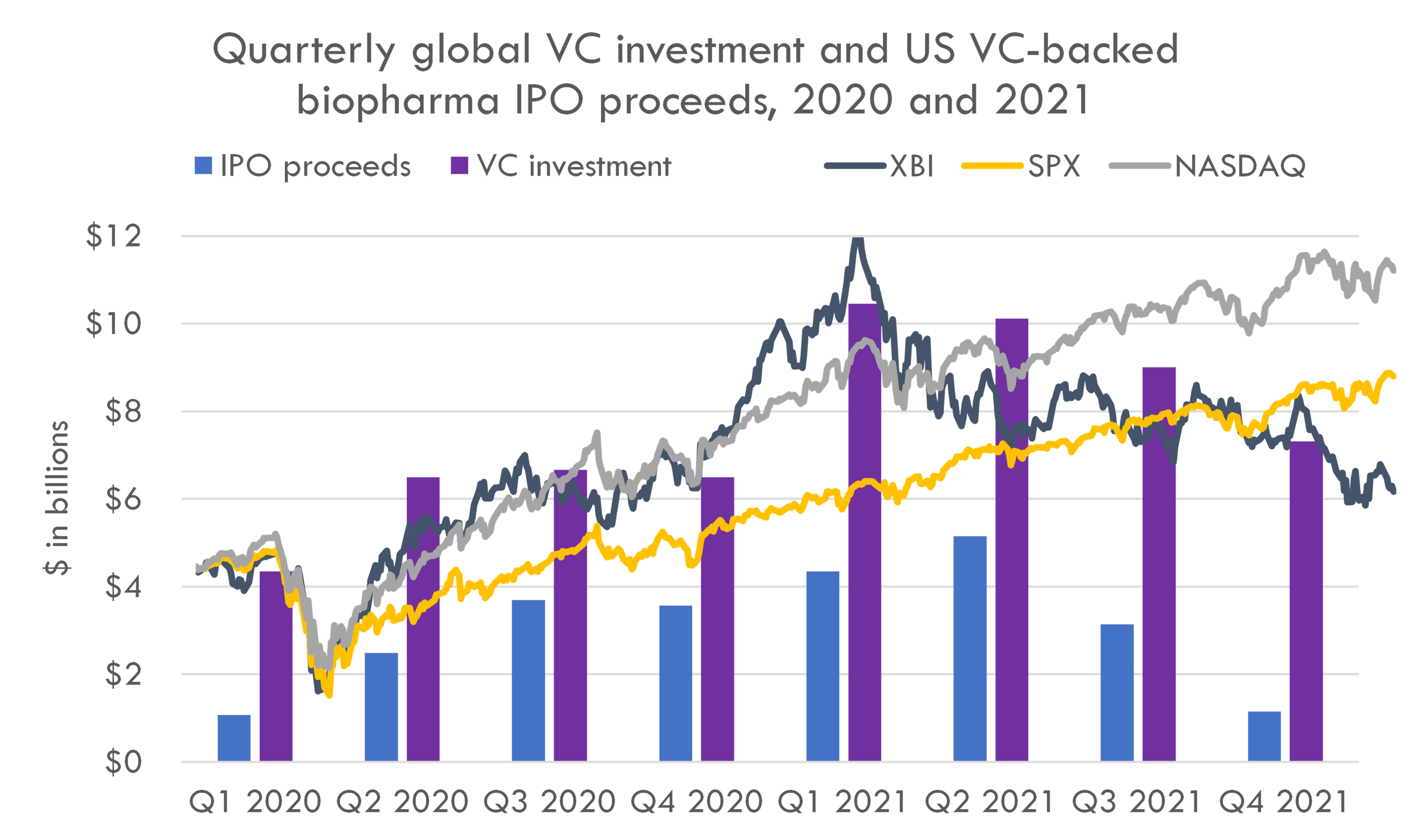 The downturn in public markets and the IPO market has not yet fully flowed to the venture market. Venture investment declined in the 2H of 2021 compared to the first half, but venture funding is still near record levels. 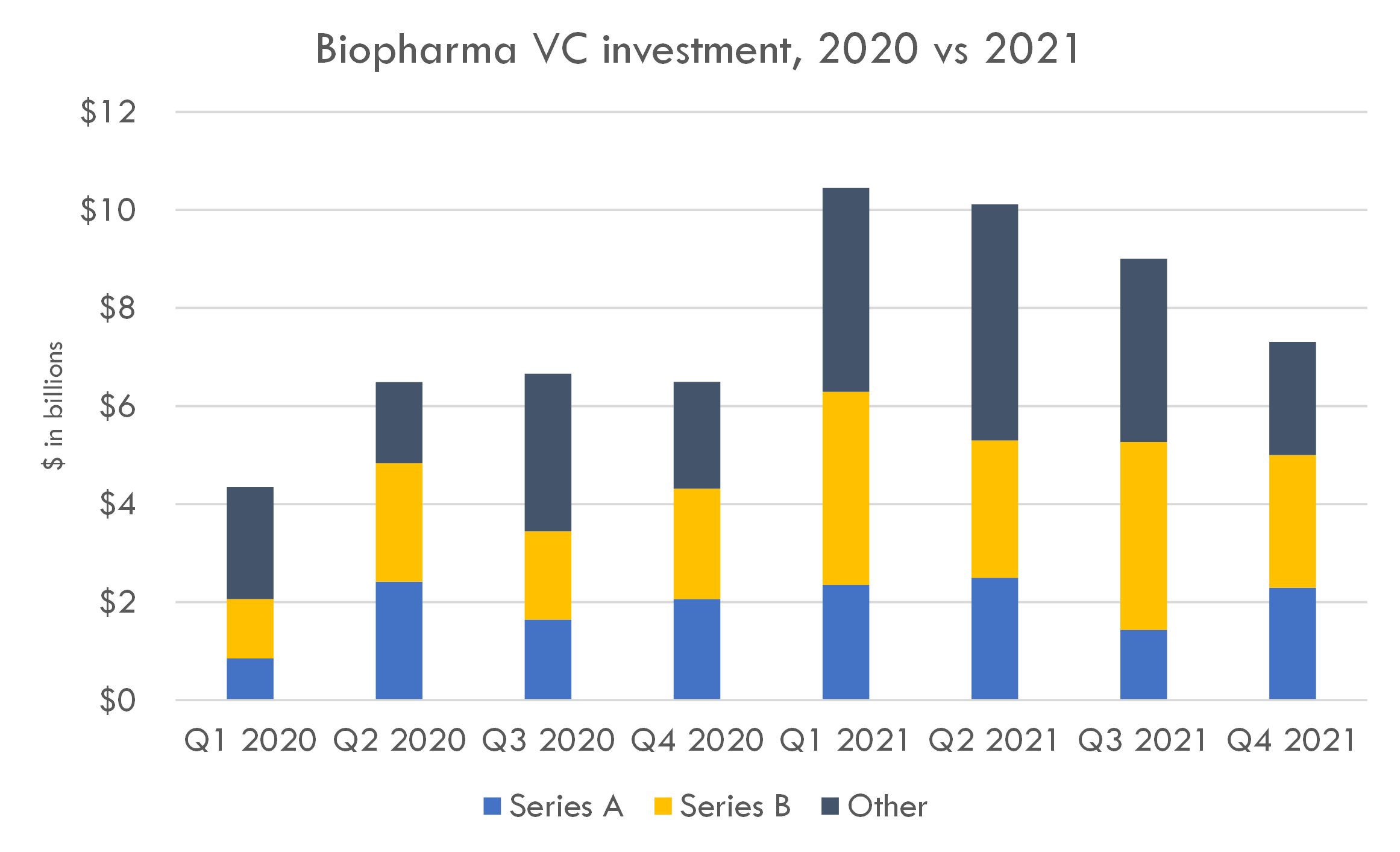 Series B and later-stage VC investment declined from Q3 2021 to Q4 2020. This may be driven by the declining IPO market: Series B rounds are often led by "crossover" investors who hope to take the company public after the crossover round. Weakness in the IPO market (and public markets) has hurt crossover investors, with some major funds reporting huge losses. Hedge fund drawdowns and redemptions often lead funds to shed riskier positions to meet redemptions and leaves them with less cash for new investments. In the event that funds shut down, that would represent a more significant decline in demand for crossover deals and IPOs.

With the prospect of several Fed interest rate increases and potential clarity into timing of the Fed unwinding its balance sheet, public markets may continue to face volatility in 2022. Funds whose strategies rely on an active IPO market will suffer if this is the case, and if the IPO market continues to face pressure, the "IPO machine" that has supported the biotech venture market for the last 5+ years may slow down.

A slowdown in the crossover market will take some time to ripple through to earlier-stage markets, but if early-stage investors believe that the crossover-IPO track is not as viable, they may change their strategies, either reserving more capital to support follow-on investments in portfolio companies or to fund companies that appeal to strategic acquirers, rather than crossover and IPO investors.

There is reason for optimism, however. Big pharma companies have dry powder capacity of $1.6T, which can be used to acquire startups if prices become more attractive. The M&A boom of 2014-2015 supported a strong bull market, and a bull market supported by big pharma acquisitions is arguably more robust long-term than one supported by an ever-increasing influx of new public equity investors.