Lecture: The next generation of biotech founders


Learn how these young venture-backed founders got their start:

This event is part of Biotech Startup School. To attend the event in person, sign up here. We will publish the recordings after the events. Sign up to stay updated on other events: 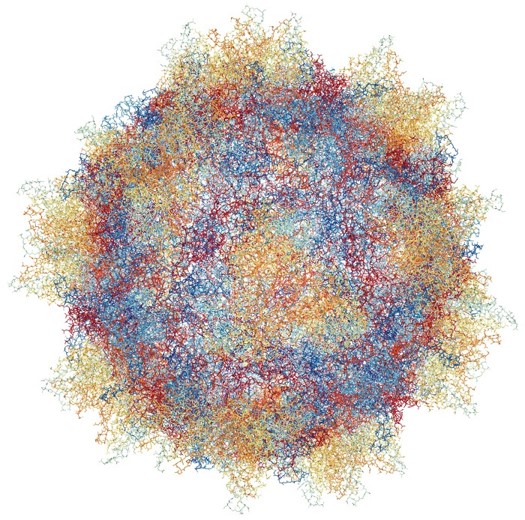 How do you start a company as a young founder?

While the stereotypical tech entrepreneur is a young software engineer, the biotech startup world is dominated by entrepreneurs with decades of experience in big pharma.

But historically, most lasting biotech companies -- from Genentech to Gilead -- have been started by young founders.

The founders on this panel are the leaders of a new generation of young biotech entrepreneurs. Learn what they're working on, how they got started, and how they raised money from top venture funds.

Learn more about the panelists below.

Dr. Ashley Zehnder is CEO and co-founder of Fauna Bio, a venture-backed biotech focused on developing new ways to treat human diseases, such as heart disease and neurodegenerative disease, by adopting mechanisms animals have developed for extreme traits like hibernation and deep-diving. The company leverages multi-omics data from hundreds of species in order to develop new therapeutics for human diseases. Prior to starting Fauna Bio, her research focused on translational science and veterinary informatics at Stanford, earning a PhD in Cancer Biology and her work spans >20 peer-reviewed publications, including Cell, Nature and Nature Medicine. She is a boarded avian veterinarian with specialty training in exotic/non-traditional species. Current work at Fauna focuses on novel target discovery and the company is engaged in a research collaboration with a large pharma company as well as having received an NIH grant in 2019 focused on development of their discovery platform.

Leah is a co-founder and the Head of Therapeutic Discovery at 3T Biosciences. At 3T she leads the R&D operations focusing on identifying new immunotherapy targets, and T cell receptors to be used in next generation cell therapies. She has co-authored work in high-impact journals such as Cell, Science, Nature Immunology, Immunity, Nature Genetics, and PNAS. She holds a Bachelor’s degree in Biophysics from Johns Hopkins University, and a PhD in Immunology from Stanford University where she helped develop 3T’s target discovery platform in Chris Garcia’s research group. She has received numerous awards including Forbes’ 2018 30-under-30 in Healthcare, NSF-GRFP, and the Hugh McDevitt Award for best doctoral dissertation in Stanford Immunology. Prior to Stanford and 3T, Leah was a part of research teams at the Johns Hopkins Institute for Cellular Engineering, as well as at Genentech in Early Discovery Immunology.

Liz Shepherd is a co-founder of Novome Biotechnologies, a pre-clinical biotech company developing engineered gut bacteria as therapeutics. Liz worked on Novome's foundational platform technology during her PhD in Justin Sonnenburg's lab at Stanford University, where she developed a strategy for reliable engraftment of engineered bacteria into the gut microbiome. She first became interested in engineering biology during her undergraduate work in David Baker's lab at the University of Washington, where she worked on an engineered enzyme to break down the gluten protein. Current efforts at Novome are focused on bringing the company's lead drug candidate into phase I clinical trials, and continuing to expand the platform into new therapeutic areas.

Dr. Maria Soloveychik is the co-founder and CEO of SyntheX, a therapeutics company focused on accelerating drug discovery using synthetic biology. The company’s core technologies, ToRPPIDO and ToRNeDO, rely on genetic engineering and evolutionary selection to synthesize and identify compounds that modulate protein-protein interactions. SyntheX was founded in 2016 and is based in San Francisco.

Maria has obtained her PhD from the department of Molecular Genetics at the University of Toronto, where she discovered novel pathways linking metabolism and epigenetic signaling. Maria was previously a research scientist at a structural genomics consortium, where her work led to the determination of numerous structures and identification of several drug candidates.

Sam is CEO and co-founder of EnLiven Therapeutics, a venture-backed early stage small molecule oncology company. Prior to co-founding EnLiven, Sam was an Executive Director of Research at AbbVie and Head of Research at AbbVie Stemcentrx. Sam started at Stemcentrx as Senior Director, Strategy and Business Development. Prior to joining Stemcentrx, Sam was Vice President, Business Development and Applications at Biodesy, a South San Francisco based biotech startup developing and commercializing novel protein conformation technology for small molecule drug discovery. Before Biodesy, Sam worked at Roche Venture Fund, where he triaged, sourced, and conducted scientific due diligence on investment opportunities in the life sciences industry. While at Roche Venture Fund, Sam worked with Biodesy’s founders to help shape the strategic vision for Biodesy, and helped lead the Series A financing (in which Roche participated). Sam also worked as a medicinal chemist at Genentech, where he designed and synthesized small-molecule drugs for the treatment of cancer and neurodegenerative diseases. Sam received both an MBA and a BS in Chemistry, with Honors, from Stanford University.

Barbara is the Senior Vice President of the Early Stage Life Science practice at SVB. Previously she was part of Life Science Angels (LSA, Inc.) a premier angel investment group in the Bay Area where she performed due diligence. Prior to that, Barbara co-founded BioChron, which main focus was to track biological aging. Barbara obtained her Ph.D. in Molecular Biology from UC Irvine, and a postdoctoral fellowship at UCSF. Her research work was on telomere DNA repair with an emphasis on cancer and aging. Additionally, she was granted a fellowship in the United Kingdom to conduct research at King’s College London, in the laboratory of stem cell pioneer Dr. Fiona Watt. Barbara received several national and international awards in science, teaching and mentoring, including the Jet Propulsion Laboratory (JPL-NASA) scholarship and the Ford Fellowship from the National Academy of Sciences. Her main mission is to promote diversity in science, entrepreneurship and venture capital.


To hear when we announce new speakers, sign up for updates:

Bay Bridge Bio has been organizing programs to connect grad students and postdocs with biotech VCs to learn about the industry and find jobs. We've also organized events on biotech VC and startups.

We often get asked whether we plan on offering programs to people outside of the Bay Area. And investors and entrepreneurs have expressed interest in sharing their stories with a broader audience.

Biotech Startup School is a way for any founder, no matter where they live or what stage they are at, to learn more about best practices for biotech entrepreneurship. We know that you are busy, and you may not even be sure whether starting a company is right for you. We designed this course with that in mind -- because the lectures are all available for free online, you can go through them at your own pace, with no commitment.

If you have already started a company, or know that you'd like to do so in the near-term, we are putting together some resources to help you get your startup off the ground. Stay posted for more details.

This course is not formally affiliated with any university or company (other than Bay Bridge Bio). The program will be funded by industry sponsors. If you are an organization interested in sharing your services with a large, global audience of current and aspiring biotech founders, get in touch here to learn how we can help.